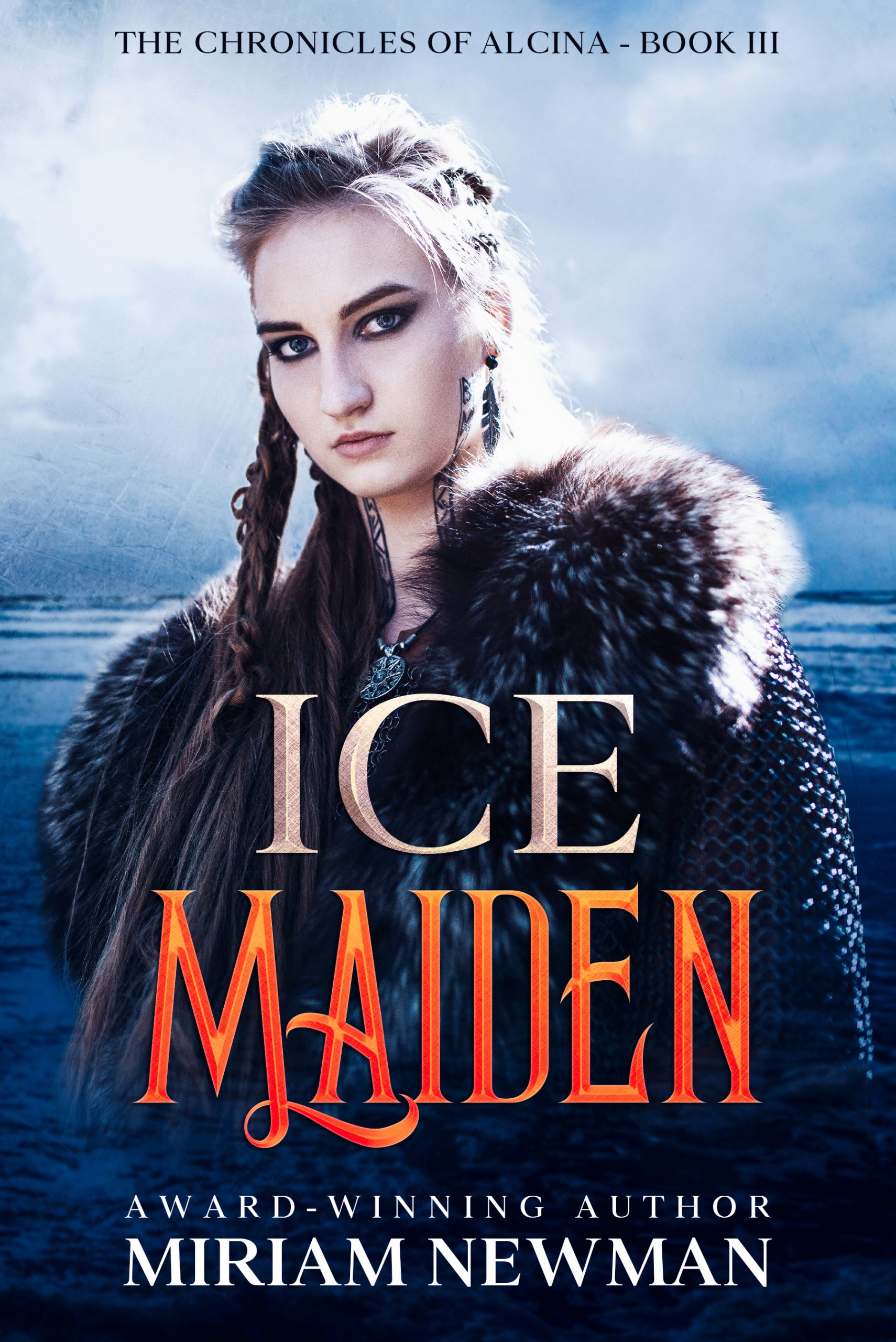 When a simple farm girl attracts the notice of the King’s half brother, it leads to a dazzling world of privilege, intrigue, war and passion.

EXCERPT:
Snow lay on the ground. It was only first snow, a taste of winter, but enough to let us follow churned-up prints and splotches of blood down the slope towards the beach. That was where our men had made their stand. I saw that the ships that had brought us supplies had been roped together to make a great floating platform and put out to sea away from the beach to intercept ships coming in. A second line—of men—seemed to have been deployed on the beach. There were bodies there and in the water with more washing up, and a few ships half sunk in the tide, their sails burned. Everything smelled charred.
There were Havacians and Omanis on the beach, helping the injured—ours, at least. If they were Armatican, that was their last dawn. No one would bring them to us for care.
My lord was easy to spot. He was taller even than most Havacians, and he was unhelmeted. I wondered with a sense of exasperation if he had even bothered to shield his head. That man was born for battle. Probably he had enjoyed it. Son of a general indeed. Now I believed it.
Regardless, I went down to him through small hummocks of bodies and battle gear strewn across snow and sand. All of the women were looking for their men, and now I was one of them.
He was flushed with cold and battle fever, still carrying a gory sword that he plunged into the snow as though cleaning it, but he was not. He didn’t want me to see the blood, but I caught his distinct look of victory touching on defiance as he did it. He was what he was, that look said. Take it or leave it.
This now blood-drenched island was not what I had ever envisioned as a home. He was not the man I’d thought of in my dreams. I had never had much time for dreams, anyway, and I wouldn’t now—there was going to be too much work to do. But I thought now I would do it with him.