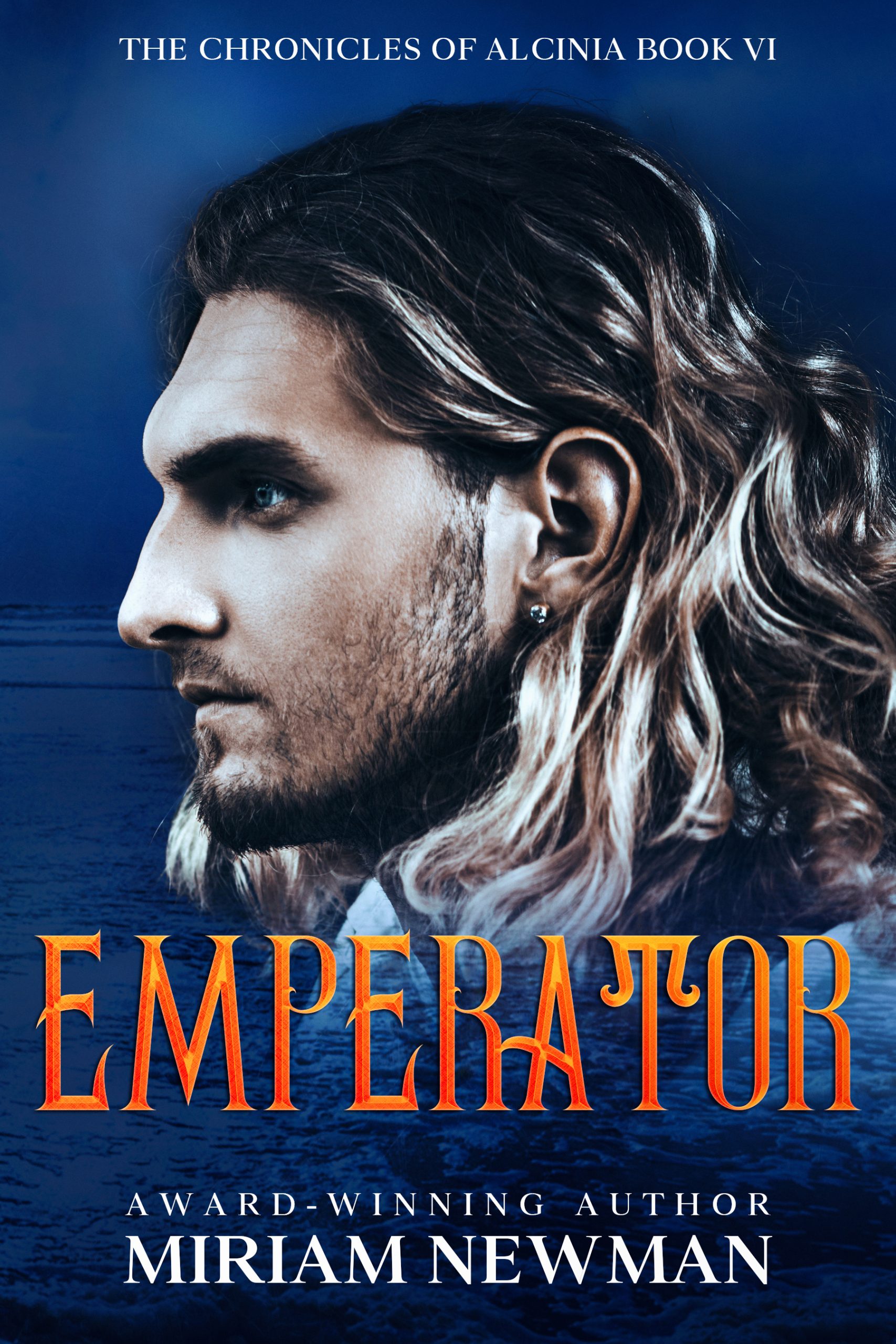 Blurb: Grandson of one of history’s greatest generals, Sergius is a warrior without equal. It has been easy for him to be a hero when he was expected to be. When he finds himself fighting for the freedom of his grandfather’s country and the heart of a woman, he must be a hero because he is.

“Gratuitas!” he shouted back, met with cheers and a surge of citizens finally breaking through the line to happily assault the men coming ashore, Omani and Northerner alike. Girls grabbed both his arms and another pinched his cheek, while men pushed from behind, laughing and propelling him into the crowd. The victors and the vanquished mingled like old friends, back-slapping and exchanging bottles, speaking a babble of tongues. A likely-looking girl, all smooth olive skin and glossy black hair, virtually climbed him, pulling his head down and planting a kiss on him.
“Eh, Omani! You come home at last.”
“Not me, my grandfather,” he said, smiling.
“Close enough. They all come. Where is better than Omana?” She called behind her to girlfriends. “Rosa, Berenita, this one’s one of us. Come make him welcome.”
It was bedlam, the guards had lost all control, and the crowd and a bevy of laughing girls bore him down the street to a tavern, where the first one ducked in.
“Come,” she invited. “Domidians shut these places down. They said they were trouble spots.” She winked at him. “They are.”
Inside, a roiling mob like a tide was pulling benches out of storage and uncovering a bar inches deep in dust. It flew everywhere as they gave it a rough cleaning, thumping similarly dusty bottles and flagons onto its scarred surface.
A grizzled-looking man smelling of garlic threw an arm around his neck, grinning happily. “Drink, drink,” he urged. “We hid these in caves the devils never knew about. Everybody drink!”
Domidians had had no sense of humor about such things, but Omanis had loved their wine since time immemorial. Now the fruit of everyone’s vines was being shared indiscriminately. There was no payment required. Sergius had more liquor plied on him in minutes than he could have drunk in weeks. Beside him, the girls who had abducted him were getting royally drunk.
It was starting already, he thought. Well, to the victor, the spoils. One of them plopped down in his lap, fondling him suggestively through his braes.
“Ooh, bad me, I like that,” she laughed. “I bet you fuck like a stallion.”
Well, it was said Omani women had no shame. That was all right with him. He didn’t have any, either.
“I do,” he said.”