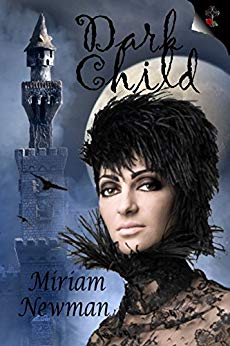 Born at a royal banquet for King Conor MacNessa of Ulster, Deirdre is predicted by Conor’s own druid to be blessed and cursed with a beauty which will make kingdoms contest over her. He names her “Deirdre of the Sorrows” and urges the king to slay her. But Conor, unwilling to murder a babe, takes her under his protection only to fall prey to the curse when she is nearly grown. Captivated by her youth and beauty, the aging king will go to any extreme to possess her.

When Deirdre innocently falls in love with one of Conor’s chief warriors, it sets in motion a tragedy that will involve kings and countries, famous fighting men and sages alike: Cuchullain, champion of the Cattle Raid of Cooley; King Fergus MacRi of Ulster; Queen Medb of Connaught; Catha the Druid, and others.
Join author Miriam Newman for her bardic-style version of a legend told countless times in Ireland over the centuries—a classic Irish tale of love, loyalty, betrayal, and revenge.